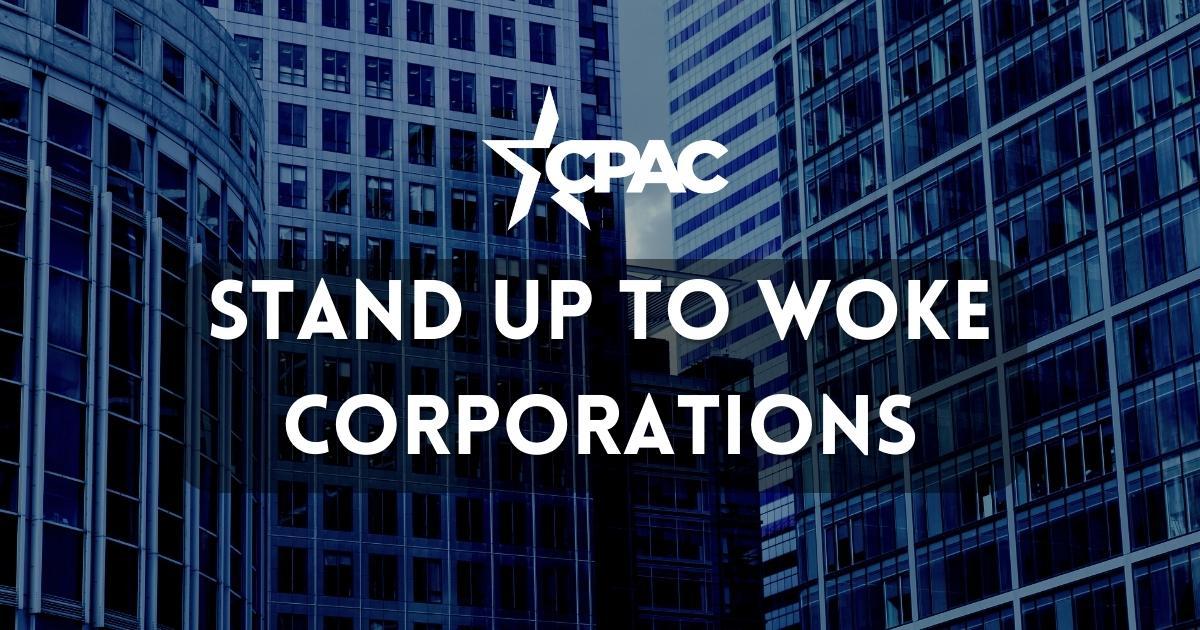 Tell your member of Congress to join conservatives in reprimanding corporations that have gone woke.

Specifically, these companies have:

Tell your representative to pledge they will not meet with these CEOs or their leadership teams, especially their Government Affairs staff, who have been hostile to policies that help all Americans, until they change their ways.

Woke CEOs turned their backs on conservative leaders after the last election. For the first time in almost 30 years, Republicans will achieve a majority largely without the support of Fortune 100 companies.

With new, conservative majorities, these same corporate woke elitist will be back on Capitol Hill, trying to cozy back up to conservatives.Call on your representatives to take a stand and not allow this to happen without a renunciation of woke policies and racist attacks on the GOP.