50 States Ranked Most to Least Conservative

ALEXANDRIA, VA (December 6, 2022) — The voting patterns of state lawmakers has reached a record new level of political polarization according to a just released analysis by the Center for Legislative Accountability (CLA). The comprehensive study examined all 7,400 state lawmakers from each of the 50 states, including over 265,000 individual votes across 3,500 different bills introduced in state legislatures.

The nation’s 3,906 Republican state lawmakers voted conservative 80.89% of the time last year compared to 76.41% in 2020. The 3,223 Democrat lawmakers across the 50 state legislatures voted with the conservative position 15.90% of the time, down from 18.72% in 2020. The 64.99 percentage point divide between the two political parties marks the highest level of political polarization since the CLA became the first and only organization to track such data in 2015. 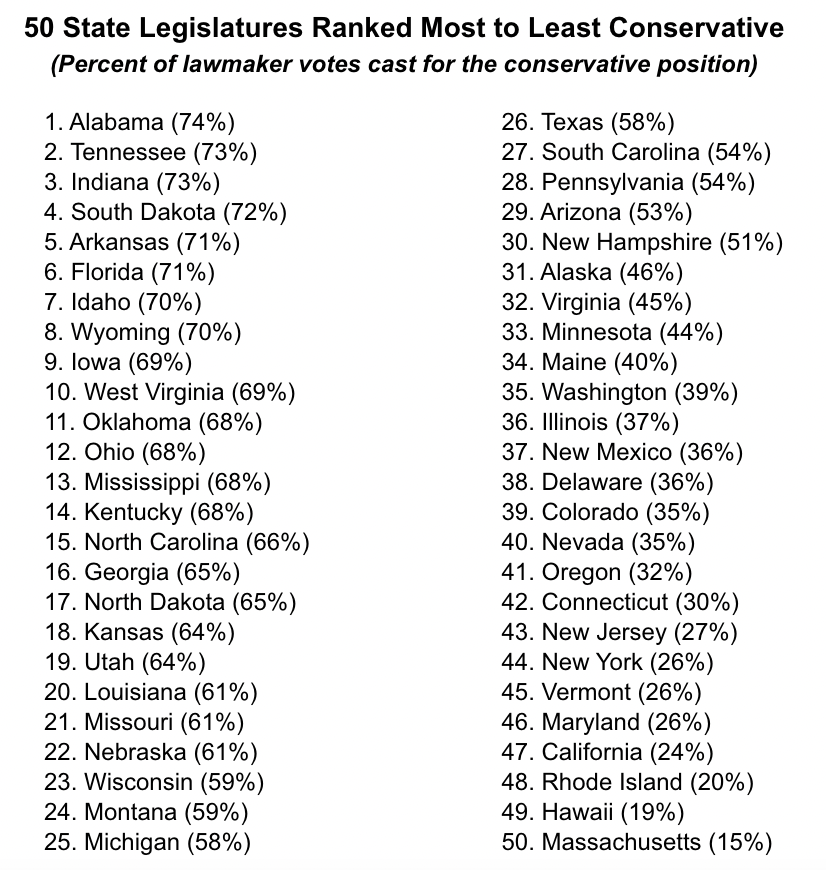 Below are the news outlets that have covered the latest CPAC Study of State Lawmaker Votes Across the Nation:

The Shepherd of the Hills Gazette

Our staff spends thousands of hours analyzing more than 105,000 pieces of legislation voted on by Congress and every state legislature in the country. Your support is critical to be able to provide this level of insight and transparency. Will you please make a tax-deductible donation today to support transparency and ratings of state legislators?