ALEXANDRIA, VA (November 28, 2022) — The voting of California’s state lawmakers is trending much more progressive, dropping the state 3 spots in a new 50 state analysis conducted by the Center for Legislative Accountability (CLA), a project of CPAC Foundation and the American Conservative Union Foundation.

In the CLA’s analysis of all 7,400 state lawmakers across America, the California legislature earned a conservative rating of a mere 24% (dropping the state from the #44 to the #47 spot in the rankings). California trails only Rhode Island (20%), Hawaii (19%) and Massachusetts (15%) as most liberal in America. This past election is likely to only worsen the plunge due to the projected flip of Republican seats to Democrat in the state Assembly. 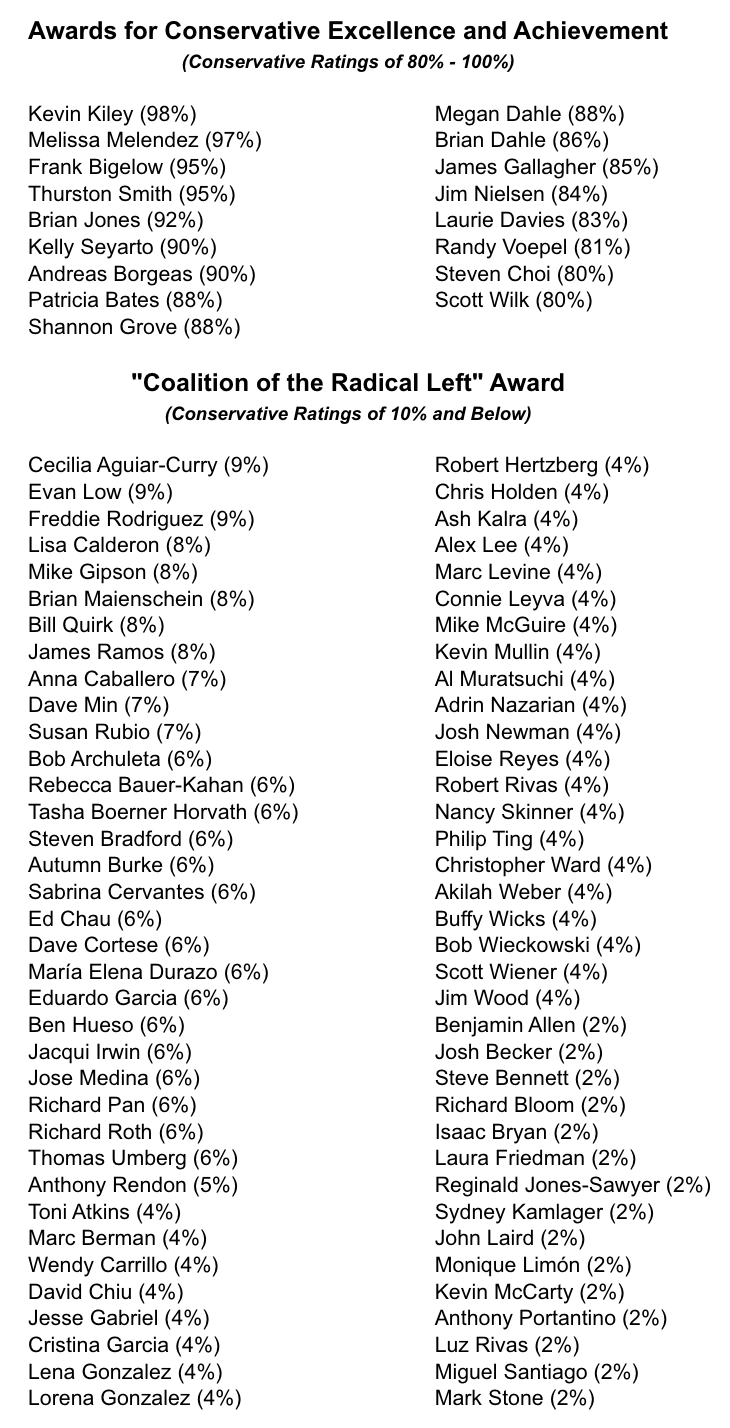 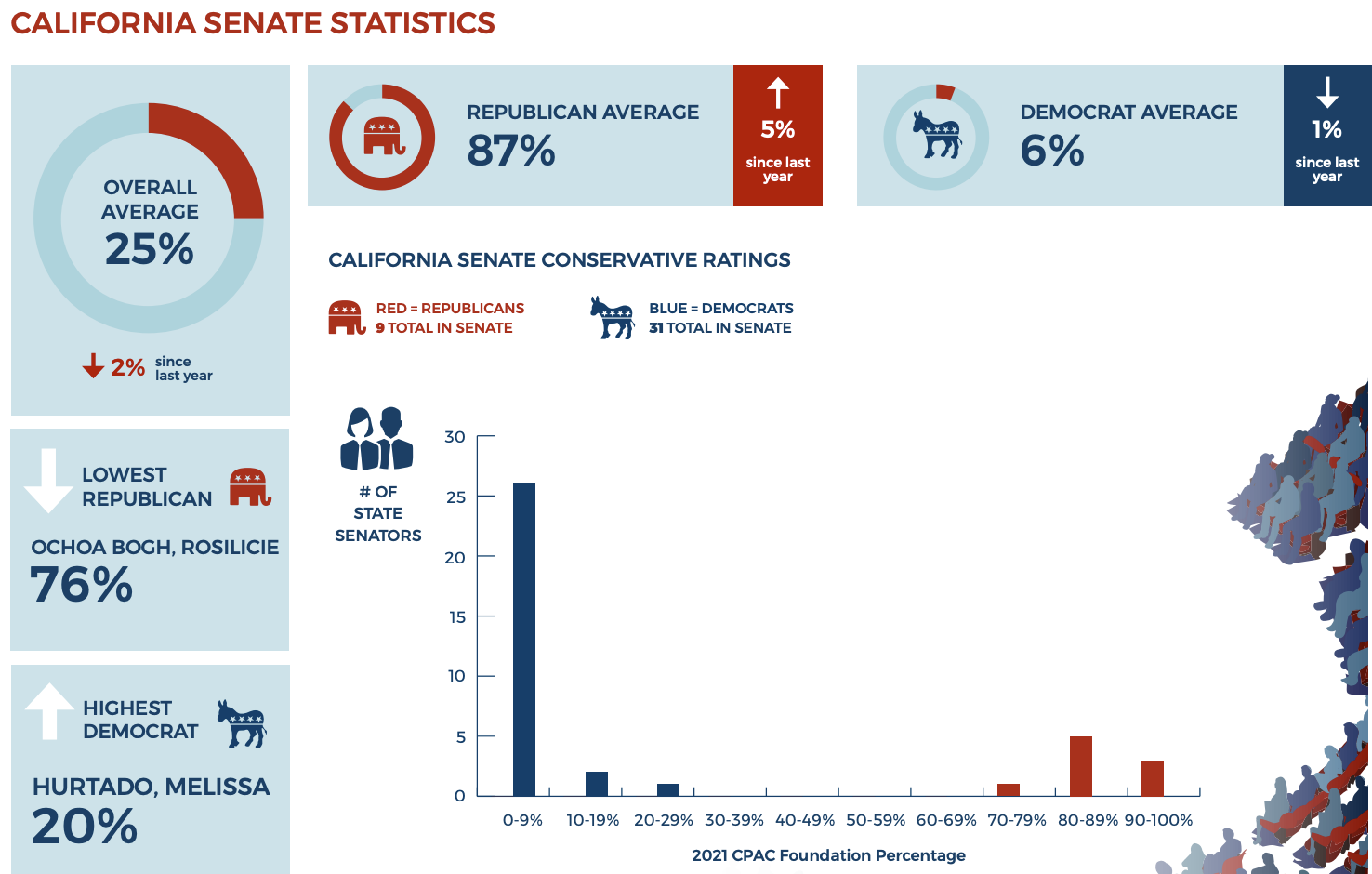 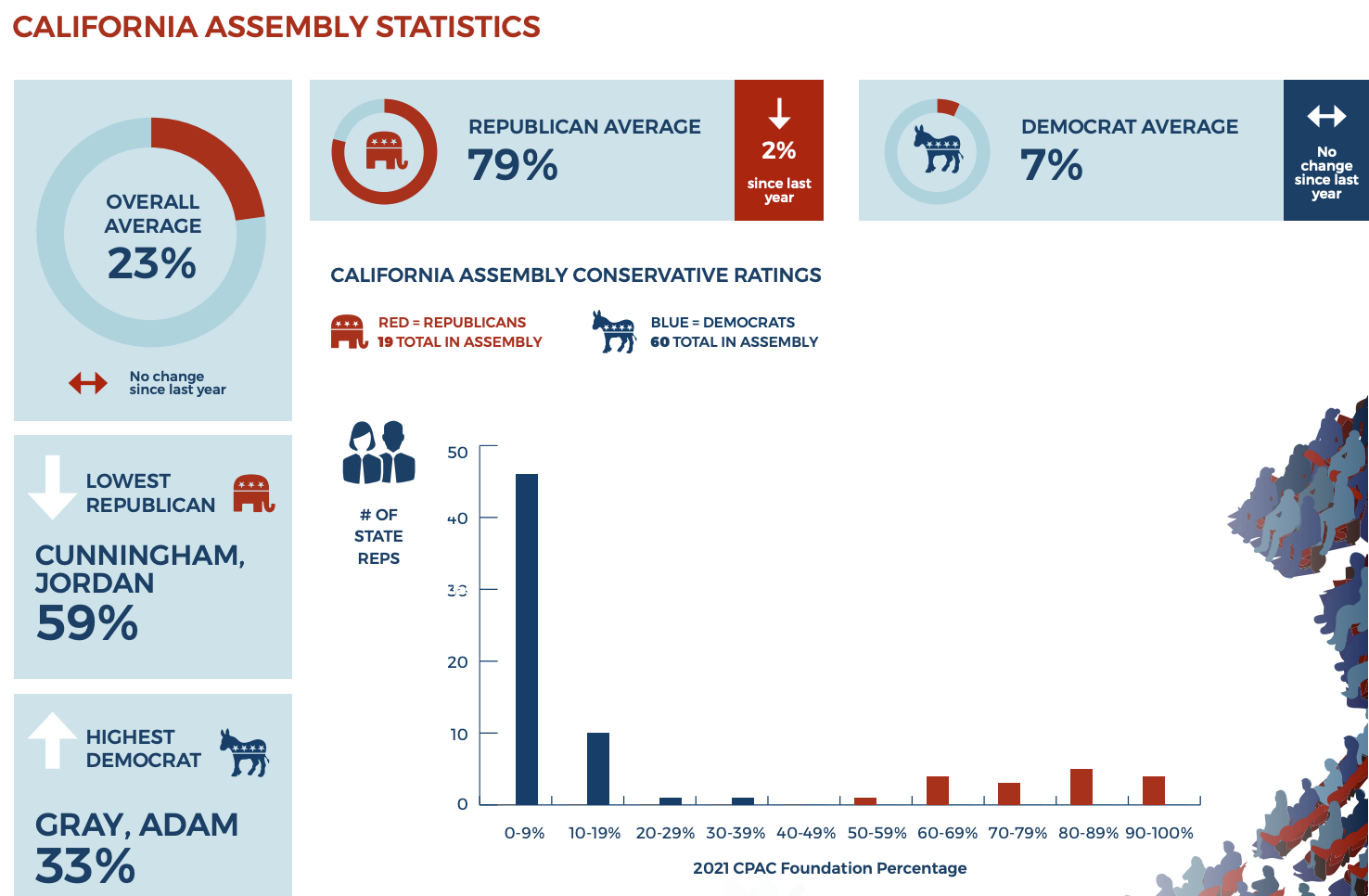 Below are the news outlets that have covered the latest California state ratings.

Our staff spends thousands of hours analyzing more than 105,000 pieces of legislation voted on by Congress and every state legislature in the country. Your support is critical to be able to provide this level of insight and transparency. Will you please make a tax-deductible donation today to support transparency and ratings of California legislators?