ALEXANDRIA, VA (November 3, 2022) — The voting of New Jersey’s state lawmakers is trending much more liberal according to a new analysis conducted by the Center for Legislative Accountability (CLA), a project of CPAC Foundation and the American Conservative Union Foundation.

The conservative rating is calculated through an analysis of the votes cast by lawmakers across 186 policy areas ranging from cultural and life issues to tax, fiscal, and regulatory policies. Each year the CLA tallies over 320,000 votes to generate the scores. Only 6 New Jersey lawmakers received awards this year from CPAC for voting with the conservative position at least 80% of the time. Conversely, a record 71 lawmakers earned CPAC’s Coalition of the Radical Left Award for conservative ratings below 10%. 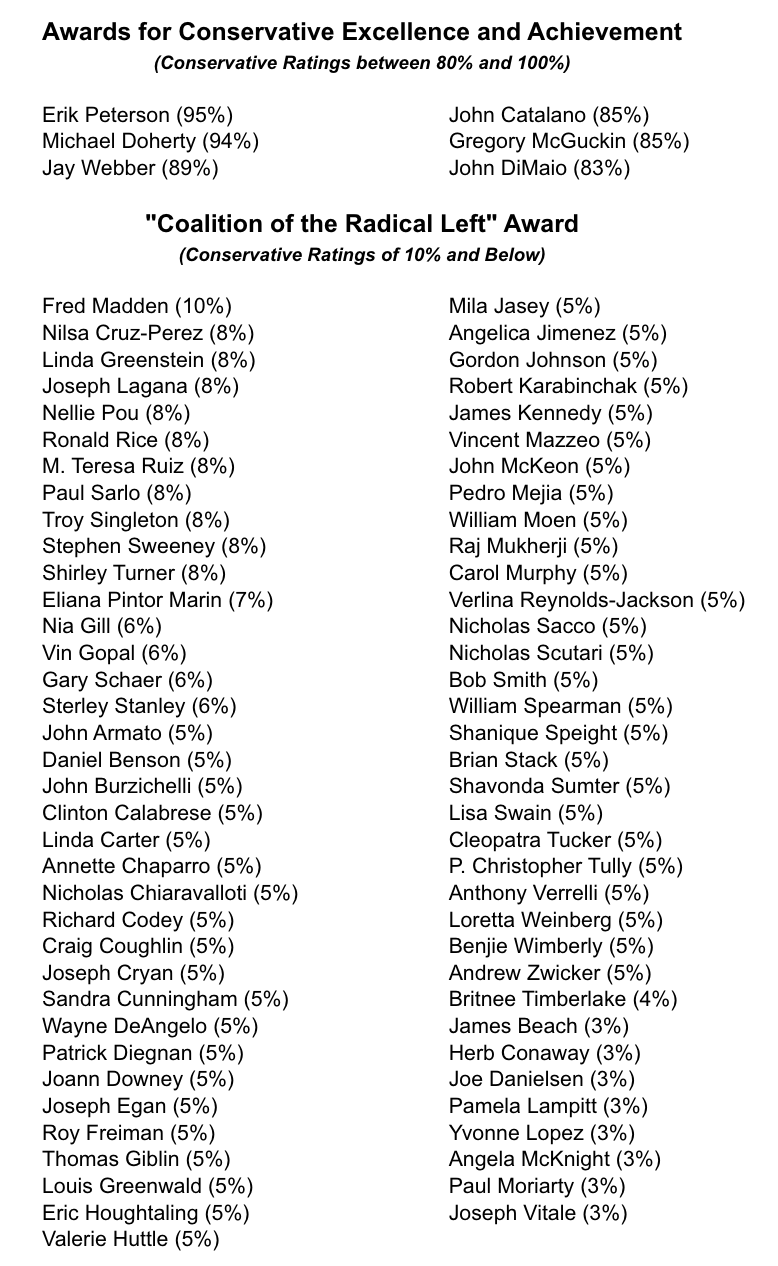 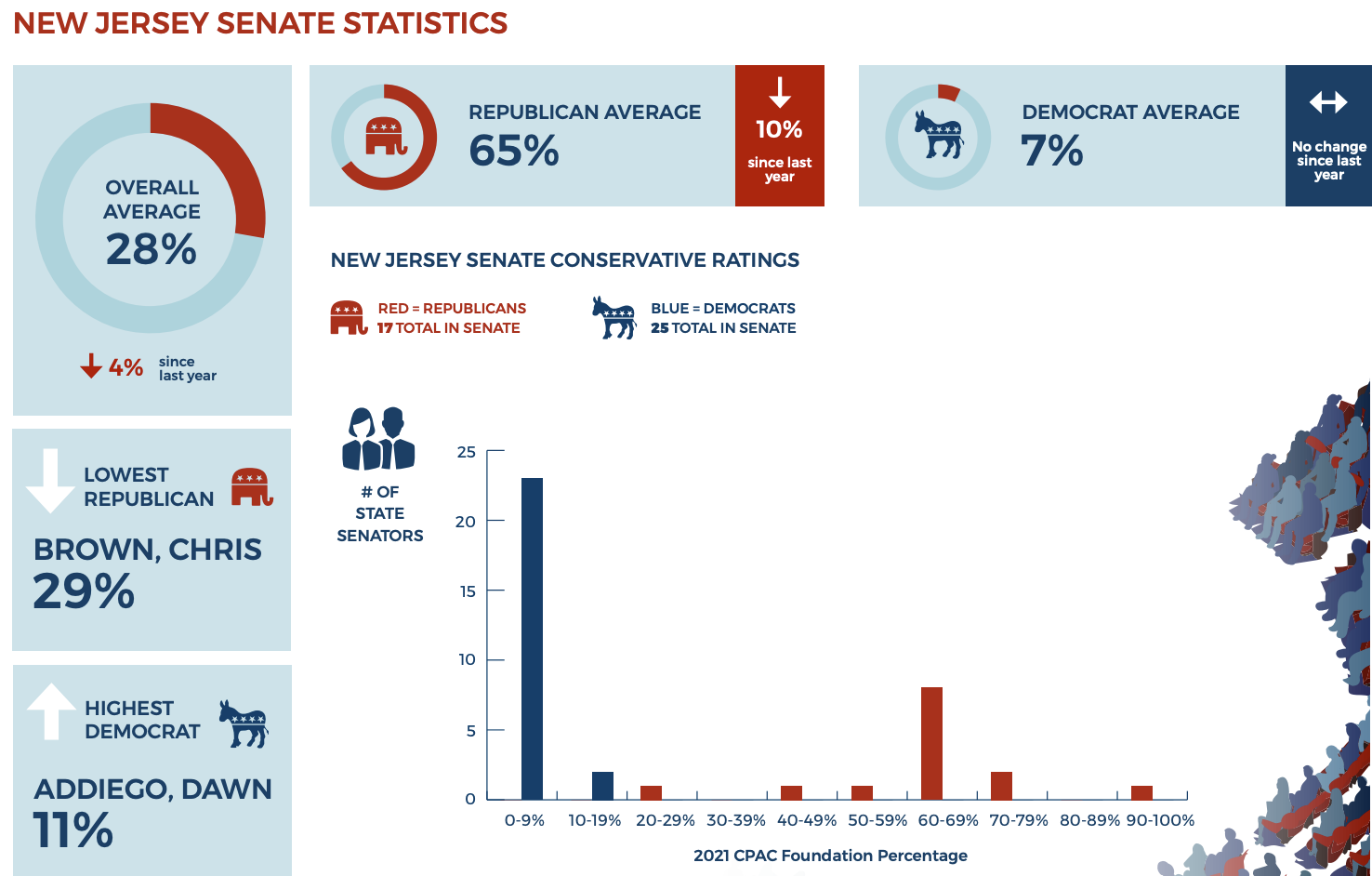 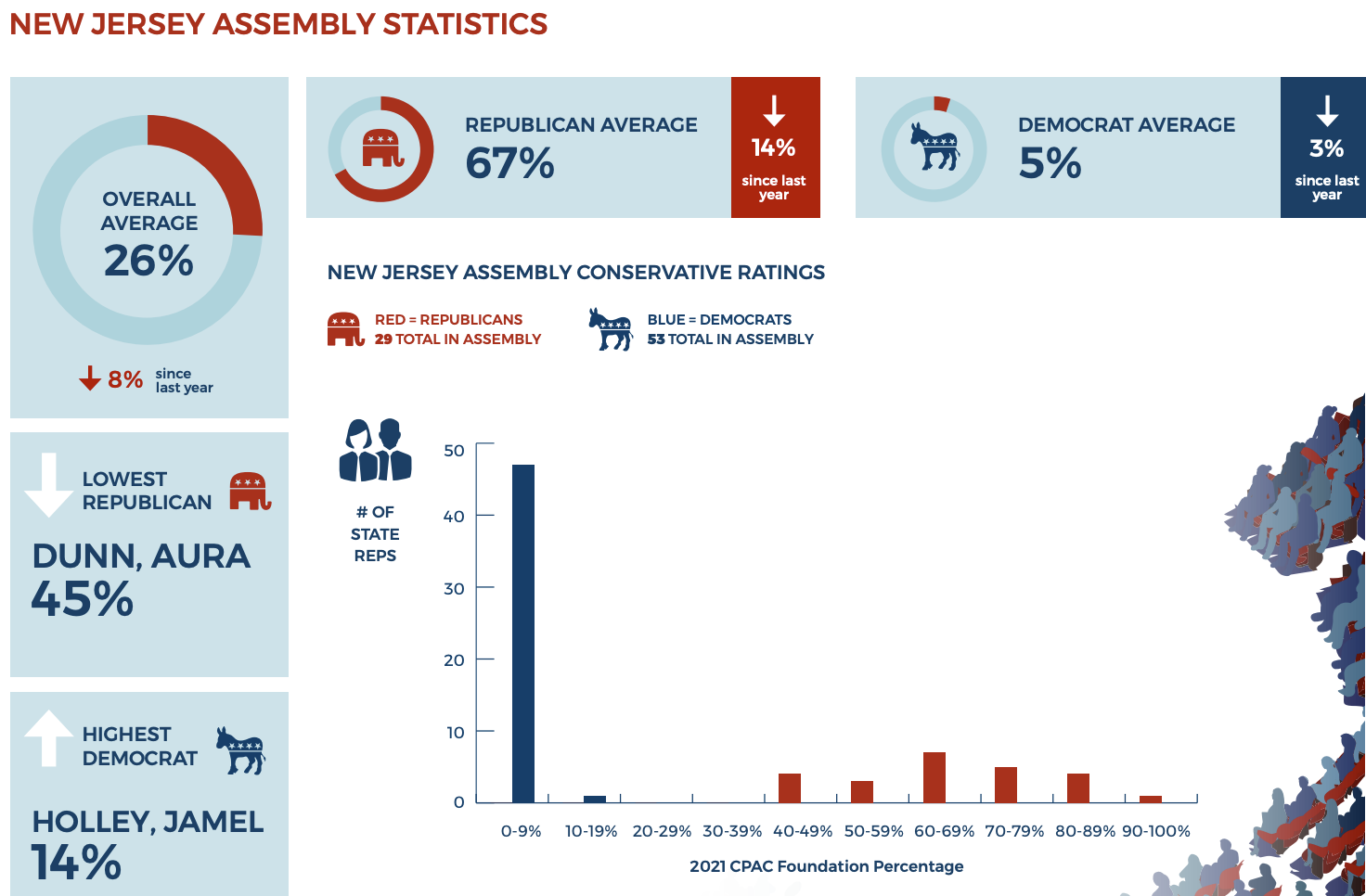 Our staff spends thousands of hours analyzing more than 105,000 pieces of legislation voted on by Congress and every state legislature in the country. Your support is critical to be able to provide this level of insight and transparency. Will you please make a tax-deductible donation today to support transparency and ratings of New Jersey legislators?