ALEXANDRIA, VA (September 28, 2022) — New Mexico’s state legislature ranks 37th in the nation for conservative voting according to a new analysis published by the Center for Legislative Accountability (CLA), a project of CPAC Foundation and the American Conservative Union Foundation.

In CPAC’s analysis of all 7,400 state lawmakers in America, the New Mexico legislature earned a conservative rating of 36%, placing the state slightly above neighboring Colorado (35%), but far below Utah (64%), Texas (58%) and Arizona (53%). 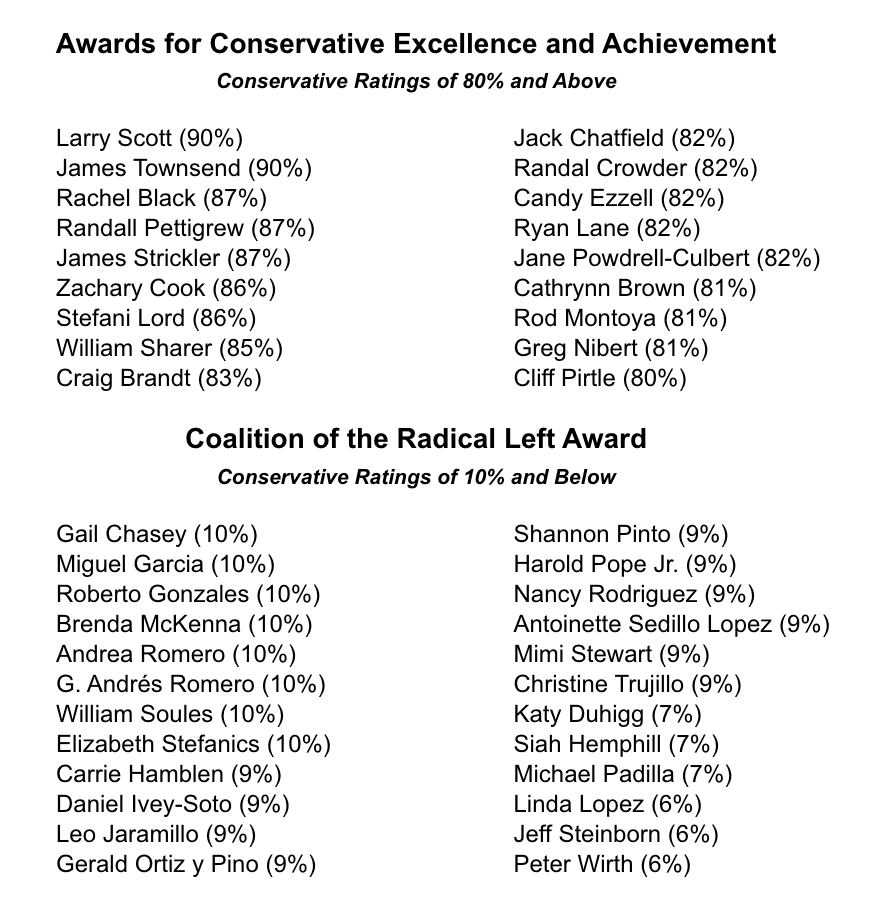 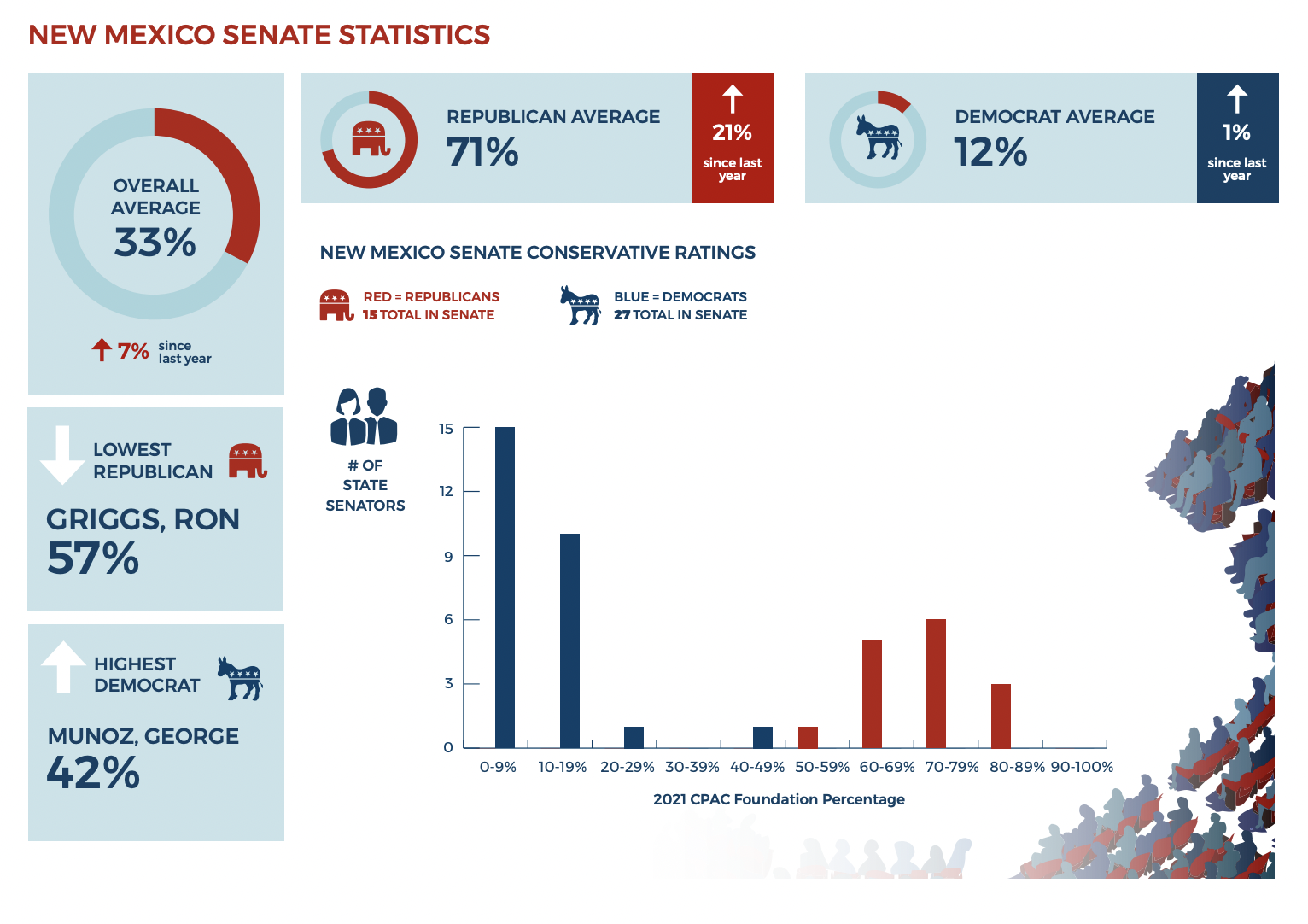 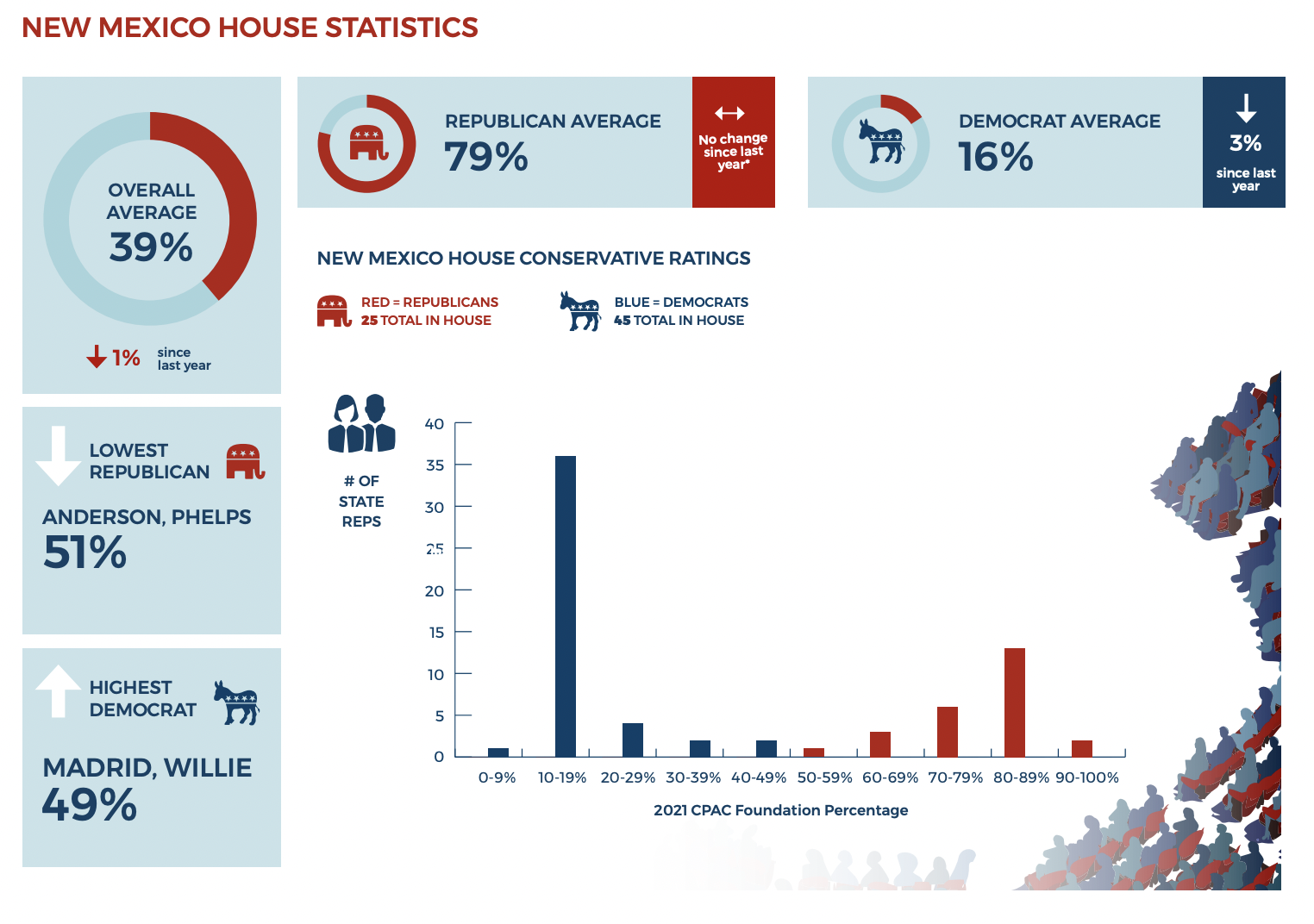 Our staff spends thousands of hours analyzing more than 105,000 pieces of legislation voted on by Congress and every state legislature in the country. Your support is critical to be able to provide this level of insight and transparency. Will you please make a tax-deductible donation today to support transparency and ratings of New Mexico legislators?