ALEXANDRIA, VA (August 23, 2022) — The voting of New Hampshire’s state lawmakers is trending more conservative according to a new analysis conducted by the Center for Legislative Accountability (CLA), a project of CPAC Foundation and the American Conservative Union Foundation.

In CPAC’s analysis of all 7,400 state lawmakers in America, the New Hampshire legislature’s conservative rating increased to 51%, a significant jump over the state’s 39% rating the previous session. New Hampshire has now surpassed Alaska (46%), Virginia (45%), Minnesota (44%) and Delaware (40%) in conservative voting. The conservative rating is calculated through CPAC’s scorecards and is based on lawmaker voting across 186 policy areas ranging from cultural and life issues to tax, fiscal, and regulatory policies.

The state’s jump in rankings is largely attributed to a pickup in Republican seats from 2020 to 2021 and strong leadership by Speaker Sherman Packard which resulted in House Republicans averaging a staggering 92% rating. Additionally, there was some slight improvement in the voting of Senate Democrats. 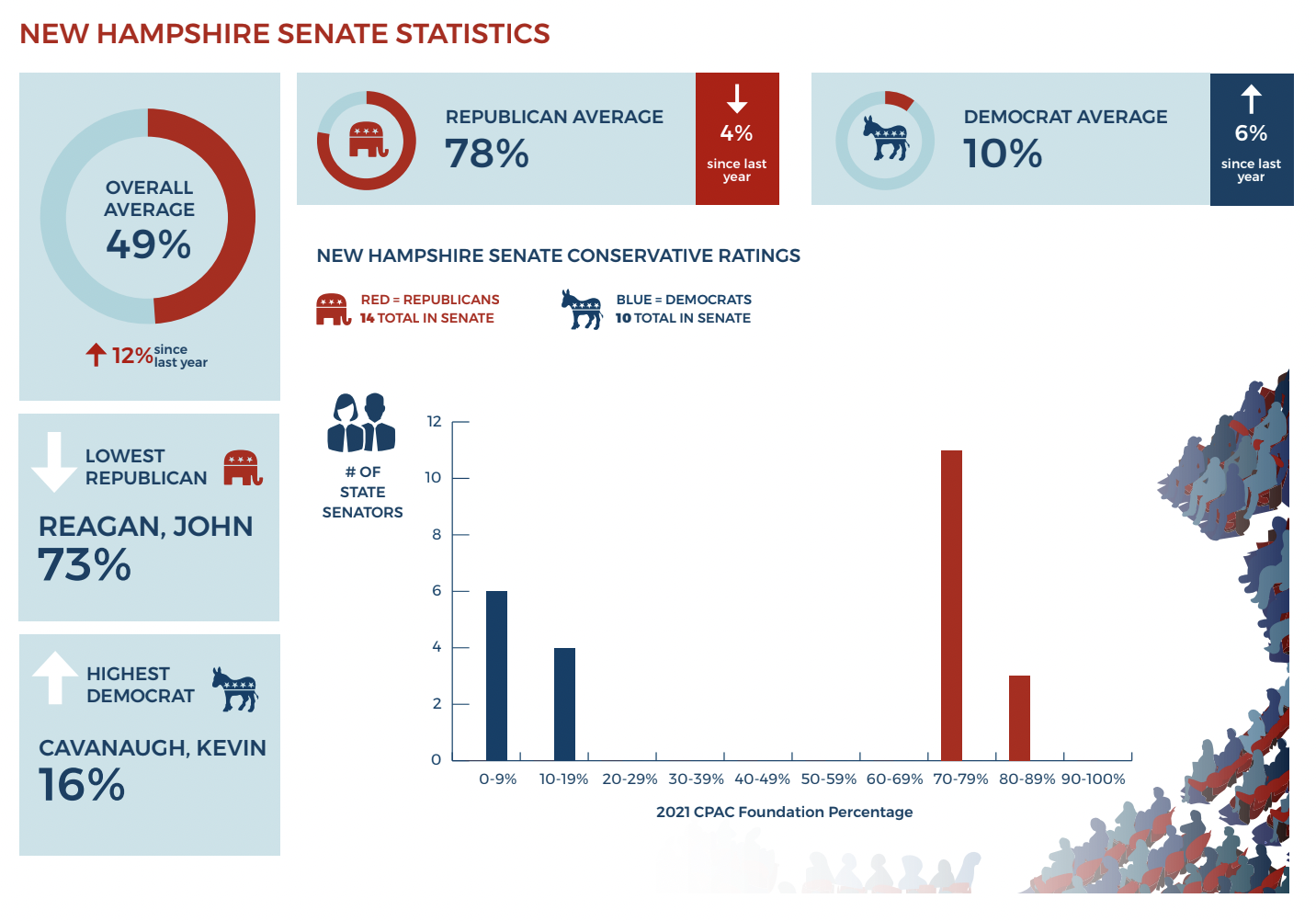 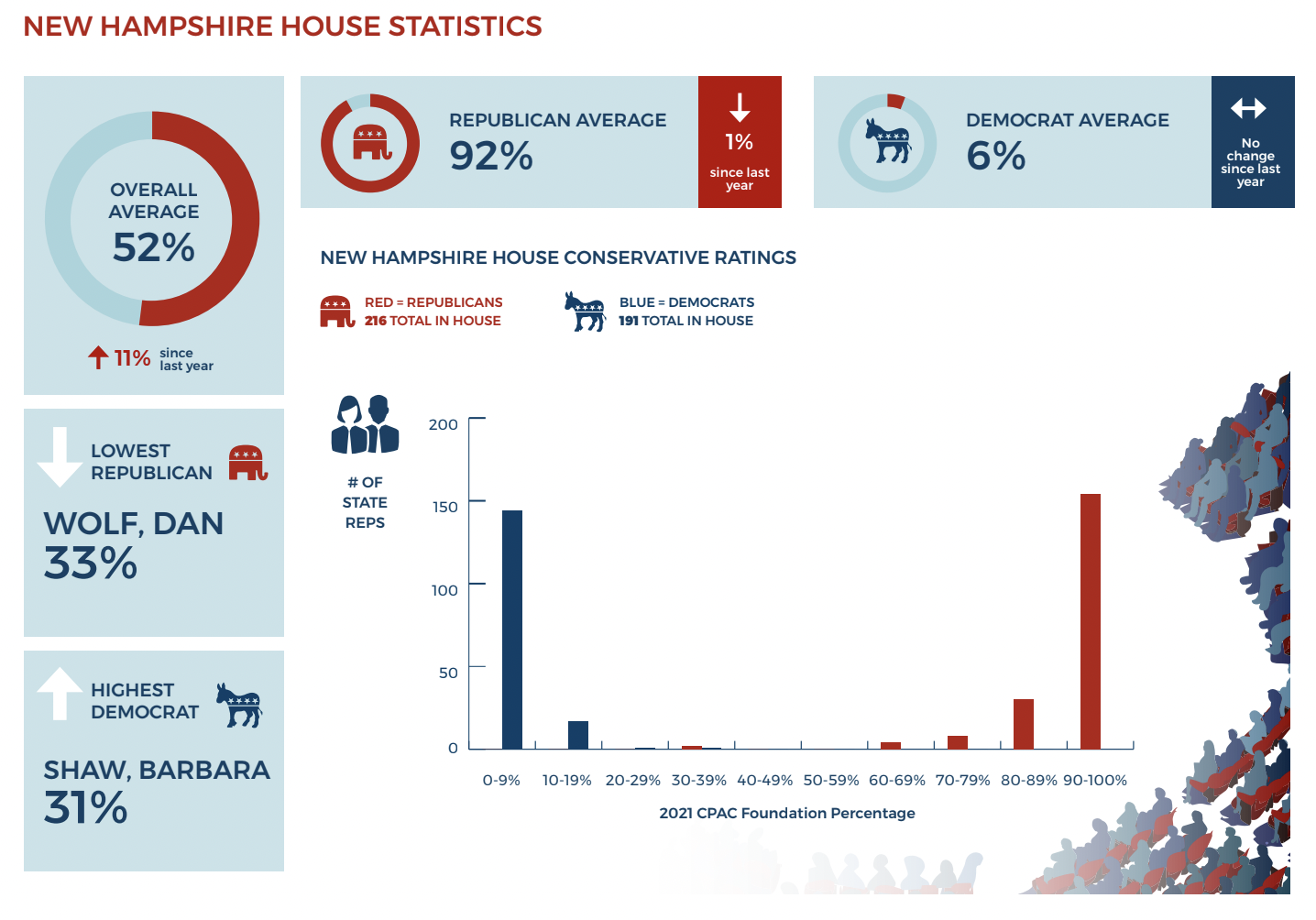 Our staff spends thousands of hours analyzing more than 105,000 pieces of legislation voted on by Congress and every state legislature in the country. Your support is critical to be able to provide this level of insight and transparency. Will you please make a tax-deductible donation today to support transparency and ratings of New Hampshire legislators?