ALEXANDRIA, VA (July 28, 2022) — The voting of Pennsylvania’s Republican state lawmakers is trending much more conservative according to a new analysis conducted by the Center for Legislative Accountability (CLA), a project of CPAC Foundation and the American Conservative Union Foundation.

In CPAC’s analysis of all 7,400 state lawmakers in America, the Pennsylvania legislature earned a conservative rating of 54% representing a significant jump over the state’s 51% rating in 2020. The 54% rating places Pennsylvania as the 27th most conservative legislature nationally, with Alabama (74%), Tennessee (73%), and Indiana (73%) leading the nation. The conservative rating is calculated through CPAC’s scorecards and is based on lawmaker voting across 186 policy areas ranging from cultural and life issues to tax, fiscal, and regulatory policies.

“The majority in the Pennsylvania General Assembly continued to push back on the overreaches, mandates, and high spending of Tom Wolf and promoted policies of increases economic growth and individual freedom. These ratings reflect that” said CPAC Vice Chairman Charlie Gerow. “We congratulate and thank those legislators whose rating reflects their commitment to conservative values, personal liberty, and a thriving economy. 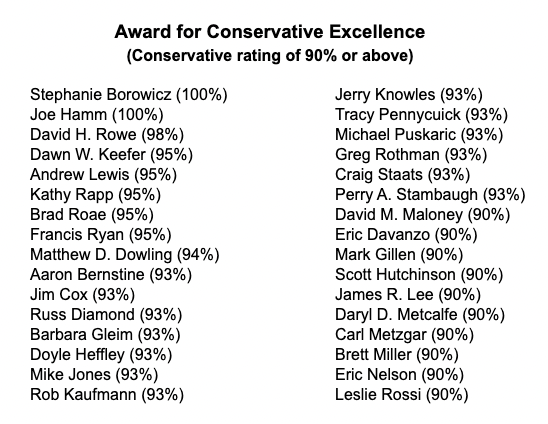 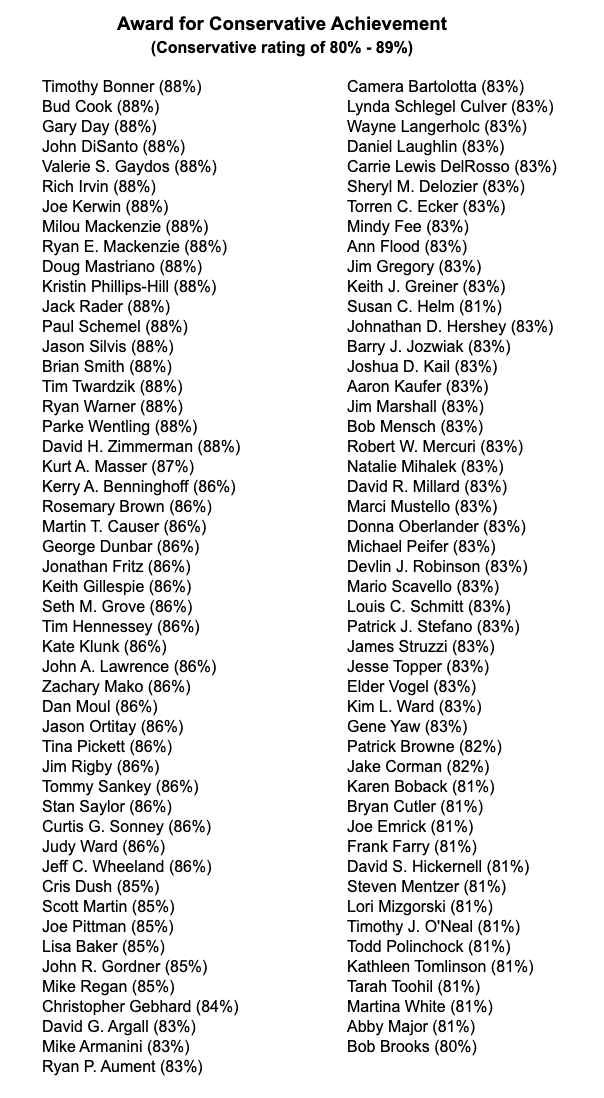 The average score of Pennsylvania House Republicans increased from 83% to 86% while House Democrat scores remained unchanged at 16%. The Senate ratings showcase a growing partisan divide with the Republican average jumping a whopping 9 percentage points from 74% to 83% and Democrats voting more liberally with their average score dropping from 18% to 14%. 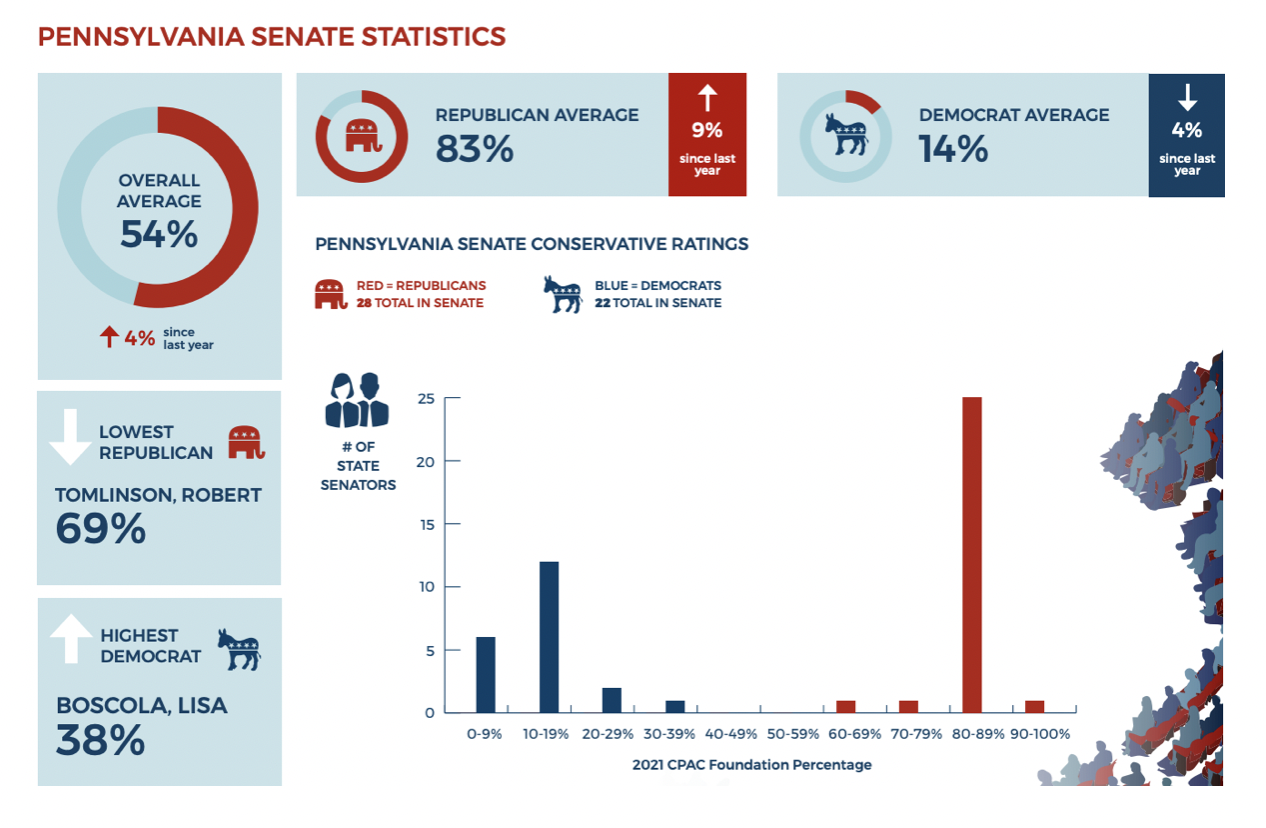 Our staff spends thousands of hours analyzing more than 105,000 pieces of legislation voted on by Congress and every state legislature in the country. Your support is critical to be able to provide this level of insight and transparency. Will you please make a tax-deductible donation today to support transparency and ratings of Pennsylvania legislators?