ALEXANDRIA, VA (June 22, 2022) – The gallant work of Wisconsin Republican lawmakers to block the radical agenda of Gov. Tony Evers has placed the delegation as the second most conservative in the nation according to a new analysis conducted by the Center for Legislative Accountability (CLA), a project of CPAC Foundation and the American Conservative Union Foundation.

The average conservative rating of a Wisconsin Republican state lawmaker is 91.5%, far above Republicans in neighboring Iowa (87.9%), Minnesota (83.6%), Michigan (81.1%), and Illinois (73.7%). Wisconsin trails only Florida, where Gov. Ron DeSantis’s leadership has resulted in Republicans voting for conservative principles a staggering 96% of the time. The conservative rating is calculated through CPAC’s scorecards and is based on lawmaker voting across 186 policy areas ranging from cultural and life issues to tax, fiscal, and regulatory policies. 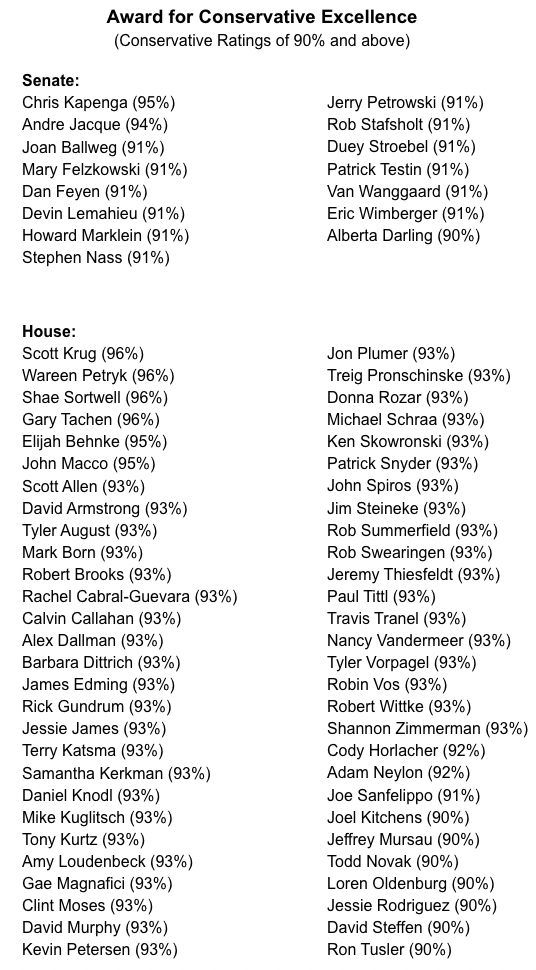 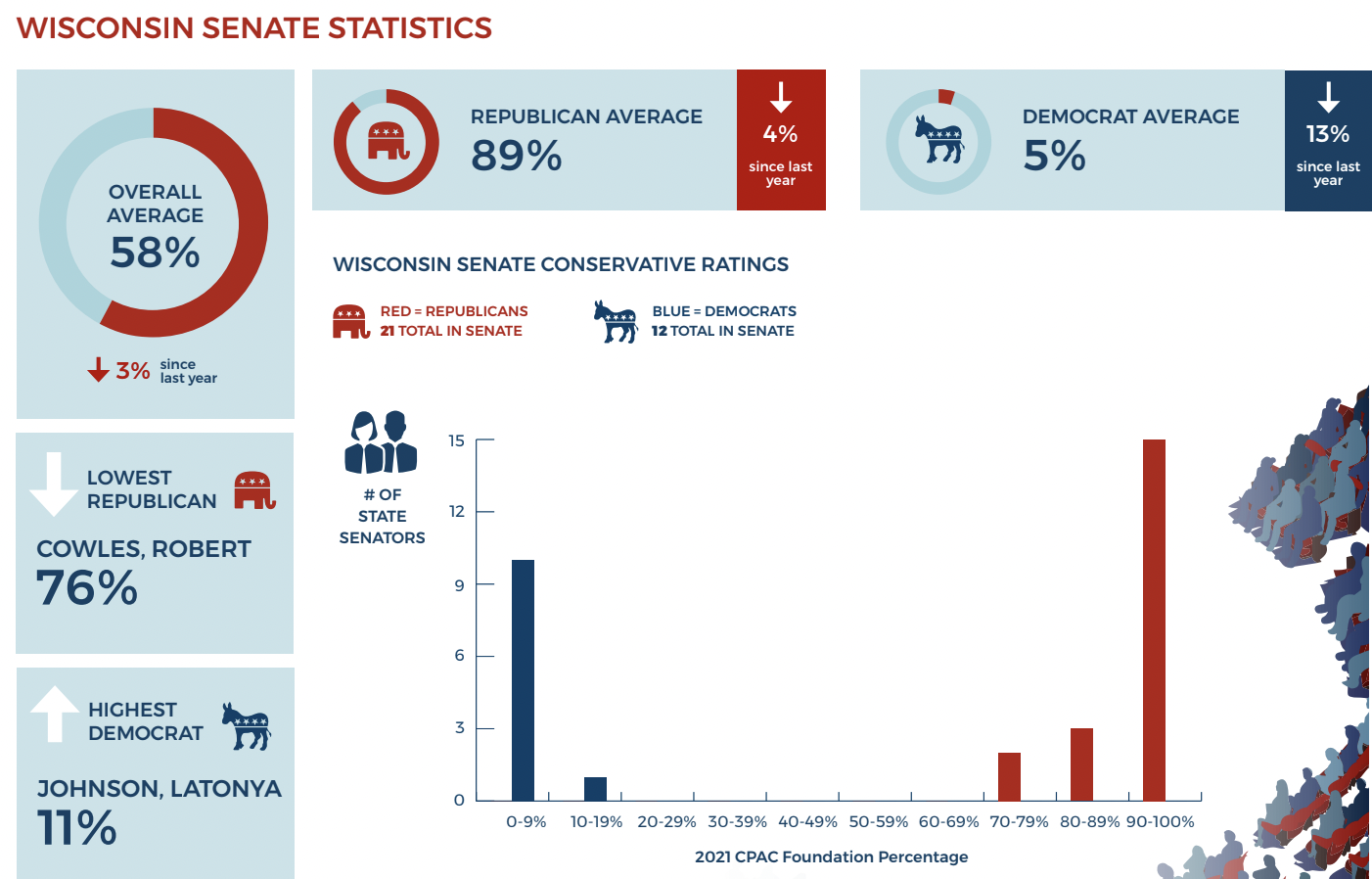 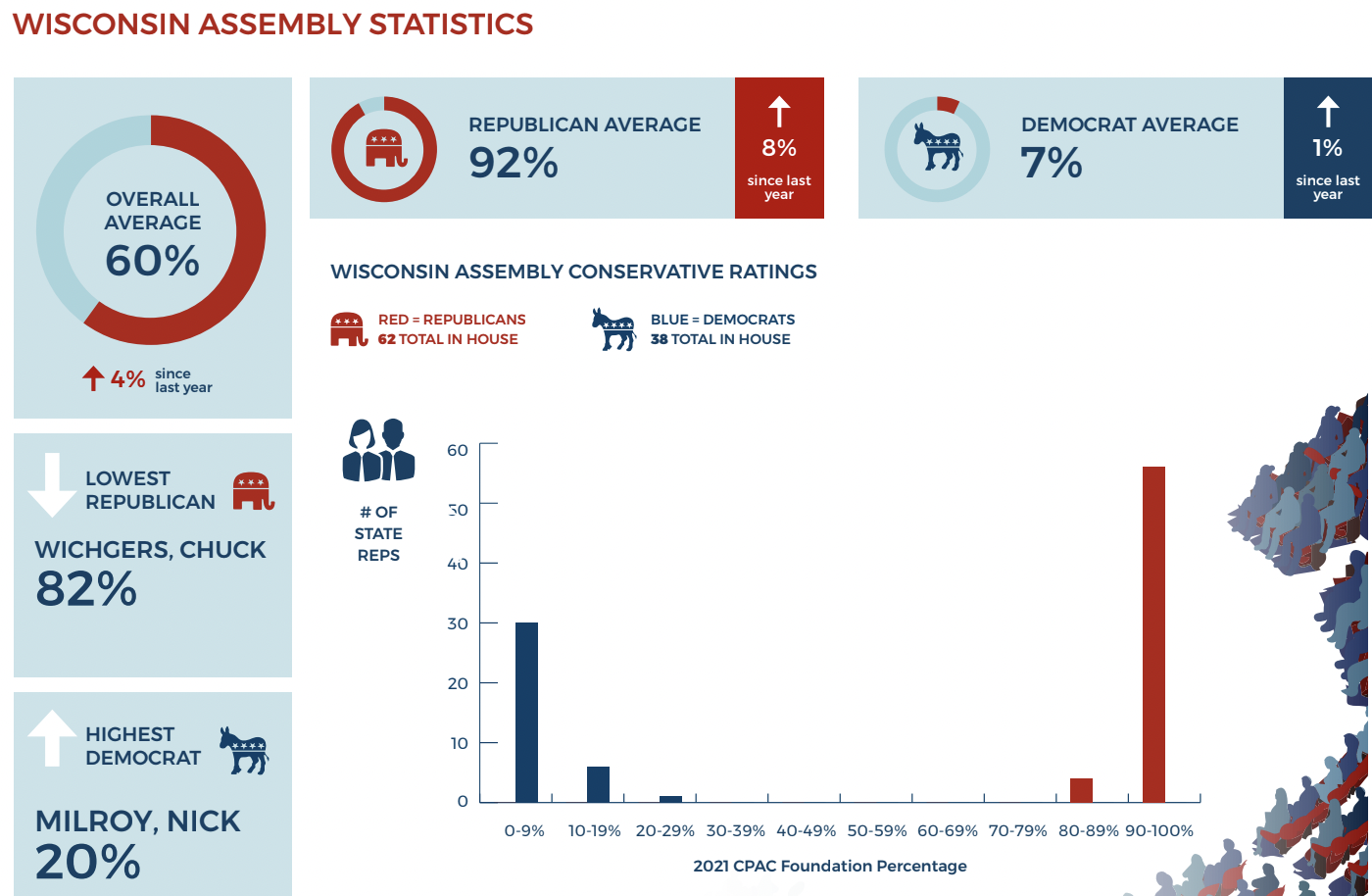 Our staff spends thousands of hours analyzing more than 105,000 pieces of legislation voted on by Congress and every state legislature in the country. Your support is critical to be able to provide this level of insight and transparency. Will you please make a tax-deductible donation today to support transparency and ratings of Wisconsin legislators?