ALEXANDRIA, VA (June 13, 2022) — CPAC has awarded a record 69 Maine state lawmakers for upholding conservative principles in their voting, determined through a new analysis conducted by the Center for Legislative Accountability (CLA), a project of CPAC Foundation and the American Conservative Union Foundation.

The analysis covered votes cast in 2021, and the spike in awardees is largely a result of strong opposition by lawmakers to the radical agenda advanced by Democratic leadership and Governor Janet Mills. The strong opposition also helped raise Maine’s conservative rating to 41% (from 38% in 2019), but the state still significantly trails the national average of 49%.

The 69 lawmakers who earned awards voted in line with the conservative position on at least 80% of the bills evaluated by the CLA. The conservative rating is calculated through CPAC’s scorecards and is based on lawmaker voting across 186 policy areas ranging from cultural and life issues to tax, fiscal and regulatory
policies. 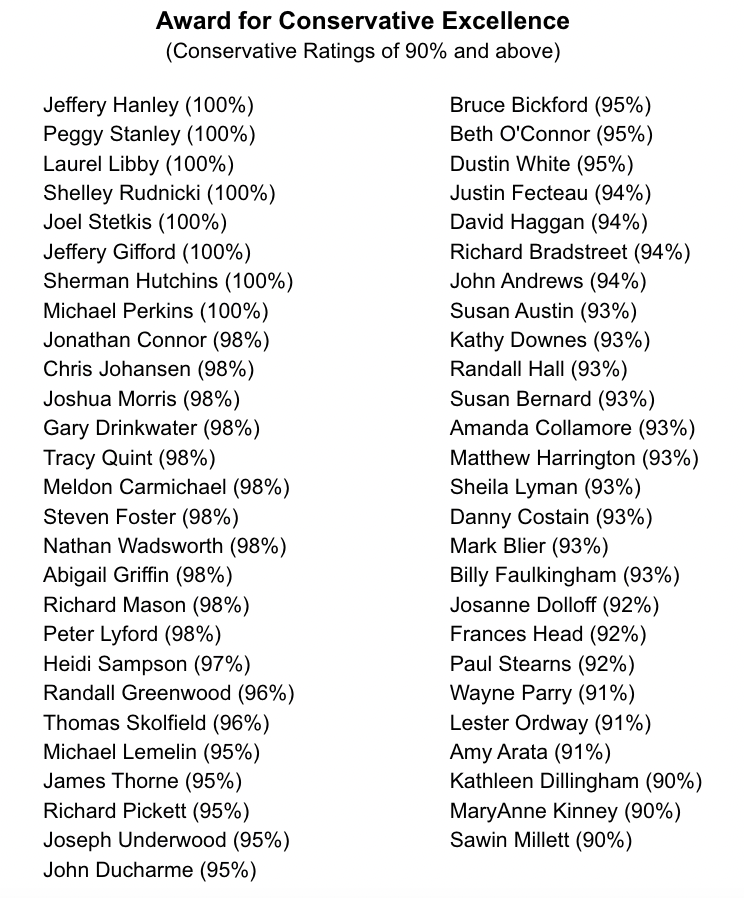 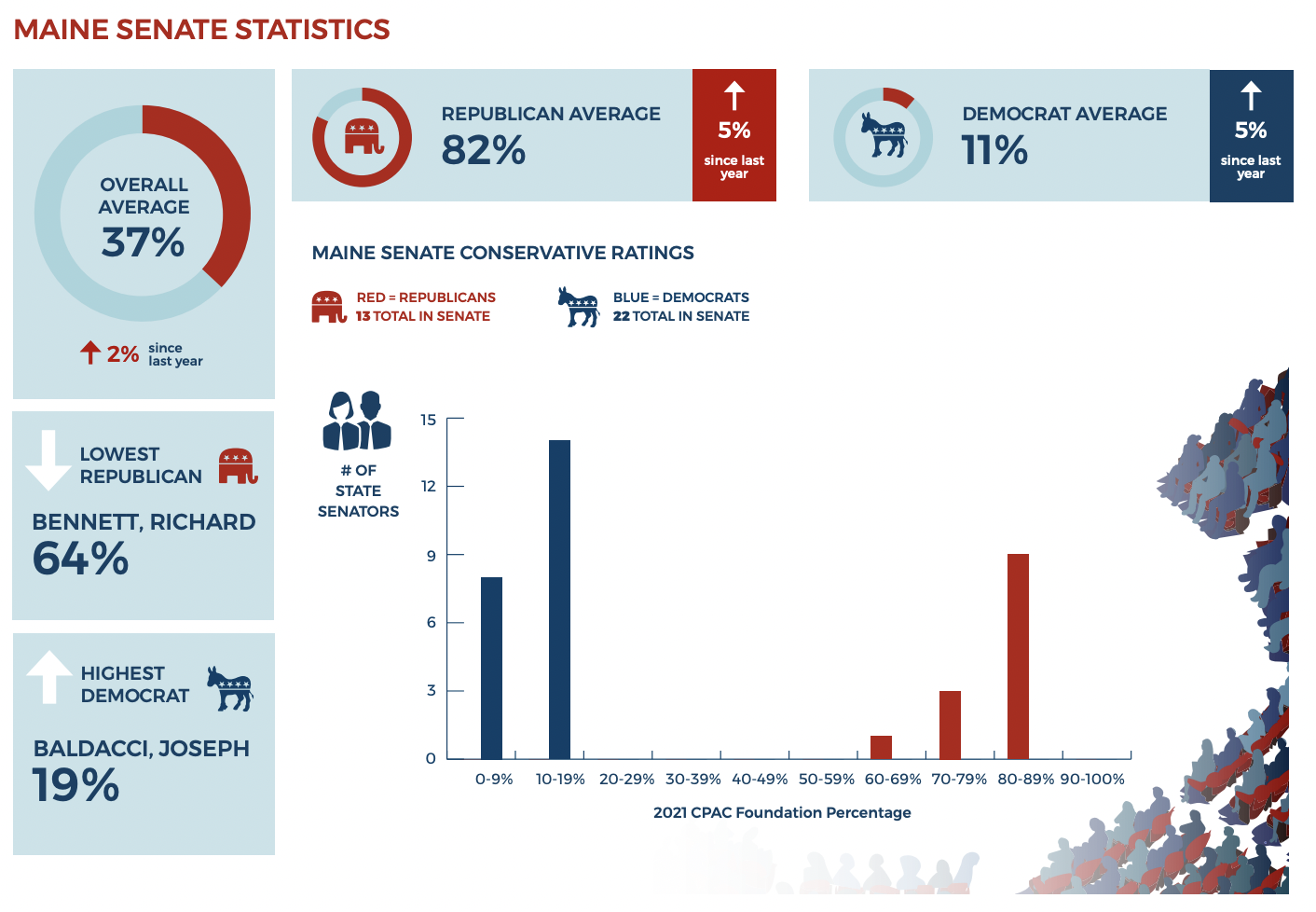 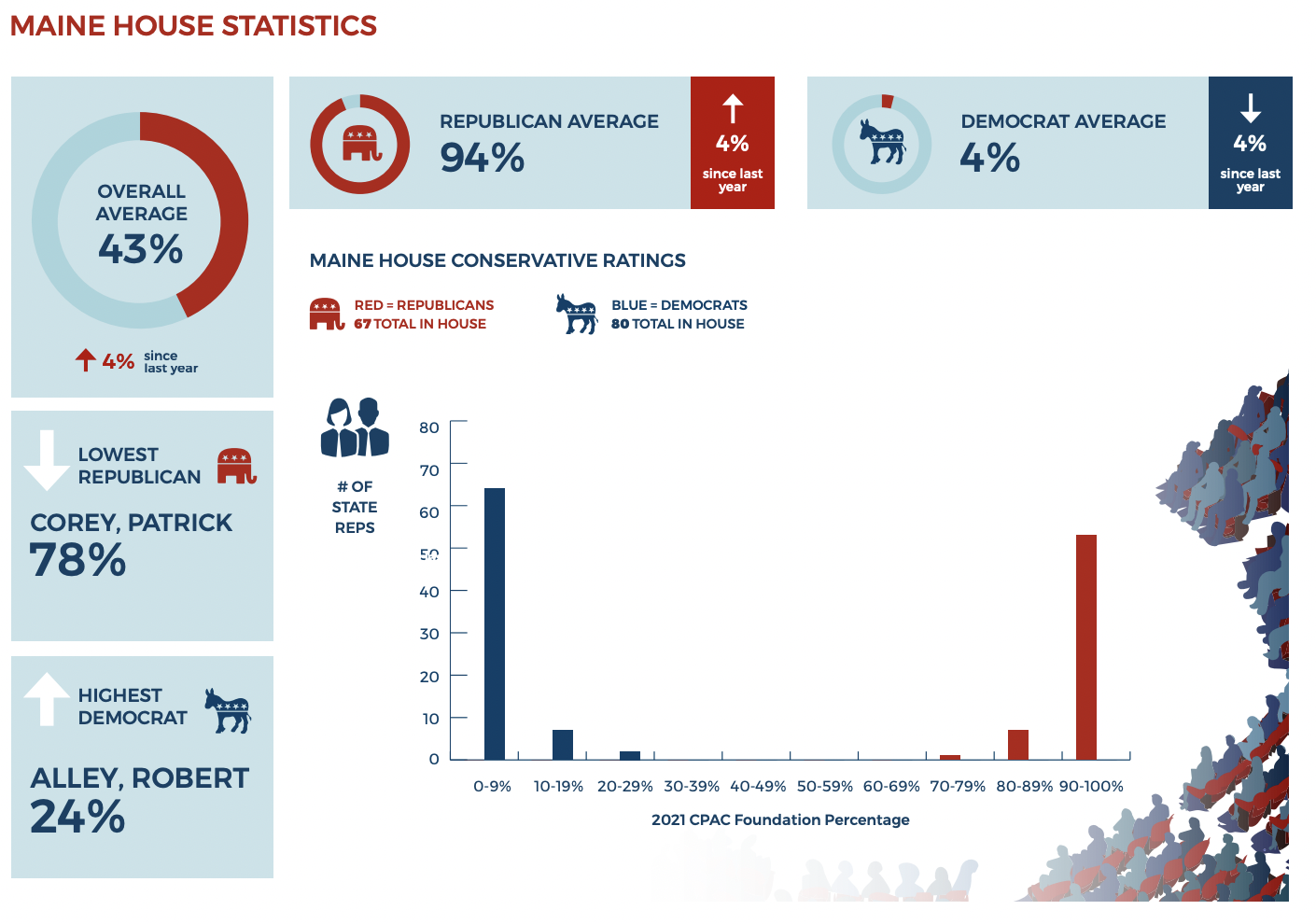 Our staff spends thousands of hours analyzing more than 105,000 pieces of legislation voted on by Congress and every state legislature in the country. Your support is critical to be able to provide this level of insight and transparency. Will you please make a tax-deductible donation today to support transparency and ratings of Maine legislators?